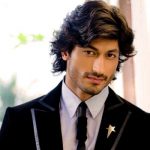 The Khiladi 2 might be a vegetarian and martial art expert Vidyut Jamwal. Producer Ratan Jain, who is ready to start Khiladi 2 shooting, feels the work of Vidyut in Bullett Raja was laudable, but says he has not finalised anyone yet for the title role in the sequel to Akshay Kumar 1992 starrer hit movie. Bollywood actor, Vidyut Jamwal is one of the most renowned stars of the film industry. The New Age Action Hero of Bollywood, Vidyut Jamwal is a real life hero, well trained in martial arts of Kerala Kalaripayattu.
He has also worked in Tamil and Telugu films. He had his Bollywood debut in Nishikant Kamat’s directorial ‘Force’ along with John Abraham and Genelia D’Souxza. During his college days, Vidyut arranged few classes for self-defence of women. Vidyut Jamwal is pure vegetarian and an ardent supporter of PETA. He was also adjudged India’s Hottest Vegetarian Celebrity of 2013.
He does not believe in dieting and eating six small meals throughout the day. Vidyut Jamwal diet routine is as follows- A bowl of muesli before hitting the gym, Idlis for breakfast, Dal, vegetables and roti for lunch. His evening snack is a plate upma, for dinner he prefers vegetables and roti. He also eats a lot of fruit in season. Vidyut takes a protein shake after every workout and rely on tofu for his protein intake.
Vidyut Jamwal is a trained martial art expert who has learned the skill from an ashram in Kerala since he was three years old. The ashram is also managed by Vidyut’s mother Vimla Jamwal. The talented actor has got some amazing skills like Gymnastics, Kalaripayattu Parkour, Jiu Jitsu.